Now onbu and onbuhimo are getting quite popular in the world.
Almost a year ago we produced the first Karaush onbu and now such requests become rather frequent.
So, we`ll try to tell you about this carrier what we managed to find out.

Originally onbuhimo came from Japan. One researcher said, “Japanese parenting is like a fossil! Previously in Japan, most people worked regardless of gender, except the aristocracy, the samurai class and the merchant. They had to keep children around parents during they were working. That’s why they carried children on their back.

“Himo” is usually translated into “sash” or “strap” in English, so you can imagine that it`s smth flat and long. The width of “himo” in “onbuhimo” was about 7-8cm. Himo was used for tying something to something.

Japanese people used also kimono for back carrying. They put a baby in kimono (between their skin and kimono), and tied obi belt on it, not dropping a baby. This let them work keeping a baby close to their body.

In 1960’s, commercialized babycarriers appeared as substitutes for kimono and himo. The first such carrier was similar to Mei Tai. It was called “Onbumokko”. It exactly looks like Mei Tai. There are similar onbuhimo in China and Korea, but each way to use is different. People there usually carry babies on their waist.

How did the contemporary onbu appear

Later some people began to say that it`s very difficult to put their baby on their back. Japanese babycarrier manufacturers attached loops to a back supporter section for putting baby’s legs in order to cover baby’s hip and prevent dropping babies. Afterwards, because some mothers began to say that it was embarrassing to stand out their breasts with crossing onbuhimo on their breasts, onbuhimo was changed to its contemporary shape similar to rucksack. The position of back carry started to get lower and lower to the waist.

Contemporary onbuhimo have few common features with the first ones. Each manufacturer have their own idea of what the onbu is. So now there is no any standard of this carrier. The only common feature is the absence of the waist.

Our babywearing consultants recommend to start not earlier than 6 months. 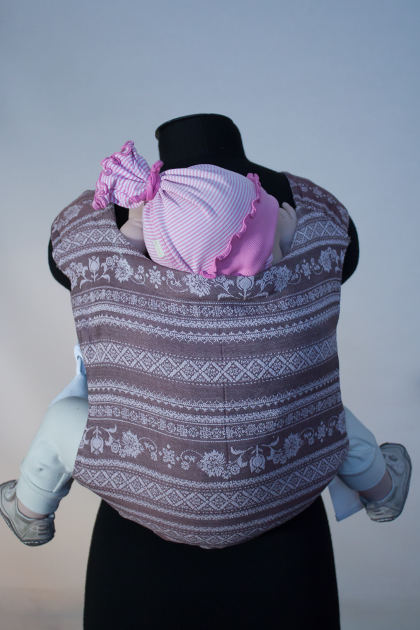 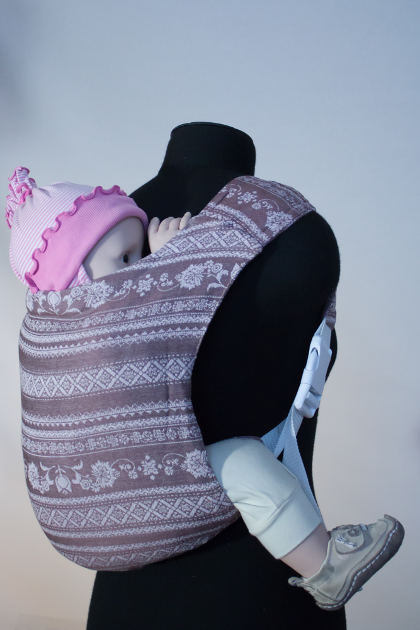 The first Karaush onbu were bought by mothers from Europe. They gave us great and useful feedbacks. That's why we improved a few features and now you can try our new advanced model of onbuhimo. We also perform individual orders of onbu.

And you'll always know about our news, and special offers.